Innovation and growth: those two words are ubiquitous for business people. And for a good reason! Incumbents are now frequently challenged by new brands and start-ups emerging from nowhere.

For example, in the mass-market retailing industry, the new innovating small brands grow at a pace three times faster than major brands, symbols of the industrial era.

Thus, over the last past years, our major companies have devoted more and more time and money trying the traditional strategic alternatives: “make” via intrapreneurship projects, new trendy methods such as “cultural” safaris in the Silicon Valley or in China ; so-called “hackhatons”, internal incubators (close to half of major French companies today host an incubator, an accelerator or a lab) ; “partner” via open innovation and partnership programs featuring start-ups ; “invest” with “corporate ventures” funds ; “buy” through the acquisition of start-ups supposed to help reshape businesses and organizations.

Still, it must be noted that the success rate of these initiatives is low. Regarding the “make” strategy, the intrapreneurship projects have been disappointing, due to the lack of entrepreneurial mindset of ex-managers turned into intrapreneurs, too often suffering from internal constraints preventing them from being agile (room for decision, speed of execution, resources). Transplants of external entrepreneurs hired to lead these “intrapreneurial” projects often fail, for they do not manage to adapt to large groups’ constraints and lack internal support. Incubators or labs often suffer from a lack of critical mass and/or resources.

As for the “partner” strategy, open innovation and large groups/start-ups partnerships bear the brunt of differences in goals, strategy, interests, culture between the two types of entities. With regard to goals, the study “David avec Goliath 2017” for the “Raise” foundation show that numerous start-ups share the feeling of being used by large groups more as communication tools rather than growth levers.

When it comes to value creation, these big companies have profitability demands. They hope to create a proprietary competitive advantage thanks to a partnership with a start-up, and logically dream that this independent start-up becomes captive, so that it is not able to sell what has been done together to the highest bidder. As far as start-ups are concerned, they want to keep all the exit opportunities open, therefore not be “captive”, to optimize their selling value.

The “invest” strategy in a “corporate ventures” fund has limits as well, because it requires to invest huge amounts to own 10-15% of several start-ups without getting the control over them, which does not enable to make the company grow. The “buy” strategy, through the form of a thriving start-up acquisition, is a very costly one, and it is very difficult to make it accretive and to integrate it, in terms of culture and operations, to the core activity.

The ideal solution would therefore be to combine the best of the two worlds: mix the power of the bigger groups to the flexibility of the smaller ones. It means creating projects that are totally aligned in strategic and cultural terms with what the larger group wants, to fully capitalize on its initial competitive advantage, while being operationally agile and flexible to reduce the “time-to-market”, be competitive versus independent start-ups, and consequently optimize the chances of success. And it goes without saying that the whole thing does not cost the excessive price of an acquisition.
To come closer to this ideal, a new kind of actors has emerged all over Europe. Their goal is to create for and with large groups, new entities, brands, business models or “corp-ups”, to define together the mission statement, then to align interests notably through co-investment. Expert and independent teams are then in charge of launching and developing, in an autonomous way, outside of the large group, and then reintegrate them in due course.

Executing new innovating projects as fast as possible via Excubation

More and more large companies, as they discover this model, want to try it. Indeed, in addition to strategic alignment, agility and operational quickness, they also find less obvious benefits. For example, the fact that the recruitment and reputation risks are carried by the “company builder”. The latter, who has the experience of success and failure, can change members and skills of the project team based on the required needs without having to reinstate them elsewhere. The cost of these projects can be affected as Opex and not as Capex, which is far easier to deal with for a manager.

There is obviously no ideal model working in all the cases, and Excubation is no exception to the rule. But what often makes the difference between success and failure is neither the splendor nor the relevancy of the idea, but the ability to execute fast and in the right manner the transition from 0 to 1, then from 1 to 10. Excubation is designed for this purpose, before being taken over by the large groups, which are well organized to go from 10 to 1000. 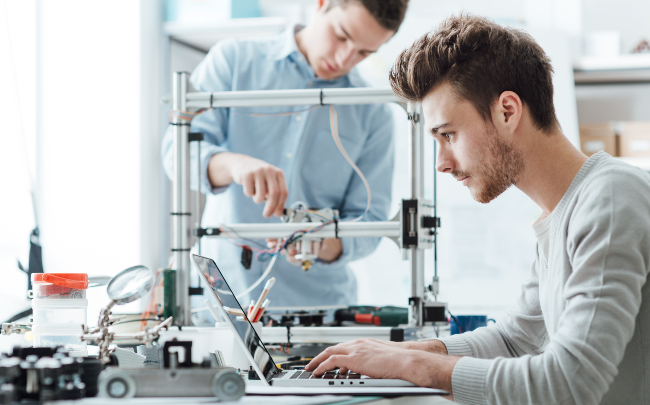 Read More »
We use cookies to ensure that we give you the best experience on our website. If you continue to use this site we will assume that you are happy with it.Ok